Edvard Grieg visited me in my dreams last night.  He was very anxious that I should tell Raymond Gubbay that he did not like his music performed in one of those huge Royal Albert Hall spectaculars, with massed choirs and orchestras, military bands, and canons, culminating in over-the-top renditions (there is no other word for it) of the 1812.  This was clearly a pre-Covid visitation! 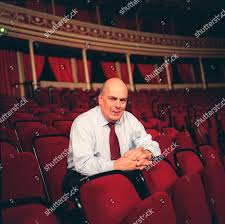 And, to be truthful, I doubt whether Grieg really took the effort to intervene in my dreams – I suspect it was more the half bottle of Bollinger I consumed the previous evening to celebrate my father’s birthday.  But, as with all such weird dreams, I got to thinking this morning what may have prompted it.  Grieg, I have to say, has not figured significantly in my life since my youth. 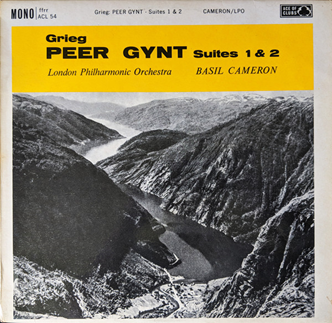 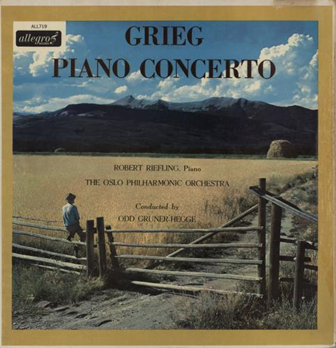 The second record I ever bought was the two Peer Gynt suites on an Ace of Clubs LP (in a yellow cover sporting an image of a Norwegian fjord – how original is that!) played by the London Philharmonic under Basil Cameron. I loved it, and played it to death, and in the end my parents bought me a copy of the music to learn on the piano, which I did.  Record three was more Grieg, the Piano Concerto, which I bought as an Allegro LP (which meant it was probably stolen from another label – and the recorded sound implied a fine recording having been reproduced in a domestic environment by a shabby mono mike) featuring Robert Riefling and the Oslo Philharmonic under the improbably-named Odd Grüner-Hegge.  That became my personal anthem, a work I carried with me in my head for years, and which I more than once stumbled my way through on the piano imagining an orchestra filling in the bits I could not play.  More practically, Grieg became my undoubted favourite composer throughout my early years as a piano student, and when the Associated Board (as we called it then) put his Arietta on their Grade IV (as it was dubbed then) syllabus, I earned the first merit of my undistinguished exam career (I’d scraped through I, II and III with very low passes). Right through to my university days, I would play any of the Lyric Pieces – I adored them all – anytime I found myself alone with a piano.  My big regret was that Grieg wrote nothing for the organ.

The Grieg edifice I had constructed all came tumbling down with a single sentence in a single lecture during my first-year undergraduate (do we lecturers really appreciate the devastating power we have over impressionable young minds?).  Ian Macrae Bruce, our lecturer in music history, was down to give us a 2-hour lecture on Grieg and Chopin.  There I was three rows from the back sitting next to my beloved Eleri (who shortly after found Jesus, contracted meningitis on a Christian camp in Bridgend, and disappeared off the scene terminally) agape for IMB’s words of wisdom.  His lectures were always hugely entertaining – not least when he attempted to find a track on an LP and ended up destroying LP and stylus in the process – and thought-provoking.  This was no exception.  He walked into the lecture theatre, looked at us over his half-moon glasses and declared: “Ladies and Gentlemen.  I am supposed to lecture you today on Grieg and Chopin.  Let me tell you.  Grieg could not compose”.  And with that he went on to Chopin.  I heard barely a word – such was the depth of my anguish (and antipathy towards Chopin who, if my memory serves me right, could compose).  Was he right?  How could he say such a thing? Was this a joke?  One of the great things about IMB was that he would utter totally provocative statements and expect you to dispute them with him.  As first year students, we rarely had the courage to do so, not least because on the occasions when anybody did, they were shot down in flames for not having prepared their arguments properly.  I decided to investigate, and spent the next few weeks assembling as much critical and scholarly opinion as I could on Grieg and drawing my own conclusions from my own analysis of the music.  I never did debate the issue with IMB: I realised he was quite correct in his harsh denunciation.  I have rarely listened to, or played, Grieg for pleasure since then, and while, when my brother and his wife were living in Bergen, I visited them and toured the Grieg Museum and house and Troldhaugen, his music remained anathema to me.

The nocturnal visitation was probably prompted by my discovery of an old copy of the Lyric Pieces when I was sifting through some old piano music, as well as a strange comment on Facebook from someone mentioning some precocious kid who had played the Grieg Piano Concerto passably well.  This morning I have sat down and played through some of the Lyric Pieces again – I am amazed that after 50 years, they still come to the fingers effortlessly – and am listening to a review copy I was sent decades ago of Leif Ove Andsnes and the Berlin Phil under Mariss Jansons doing the Concerto.  To say that Grieg could not compose is a bit harsh, and what IMB meant (as he did tell me when we discussed it some years later over some whisky in his office), and what I learnt for myself, was that Grieg really could not handle structure.  He was a hugely gifted miniaturist, who failed when he tried anything more than setting a simple melody and chucking in a few repeat signs to give substance to minimal invention.  The Concerto – as I discovered to my immense chagrin all those years ago – would not have stood up in a court of law had Schumann accused him of plagiarism, the Sonata is an assemblage of tunes superimposed over a strictly maintained template of 19th century sonata form, and as for the Symphony, it, to me, proves the point that Grieg was incapable of stretching ideas over the three-minute mark 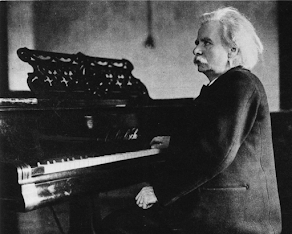 But we now live in an age where music is not large, coherent structures, or skilled manipulation of material to give substance to a huge array of ideas and thoughts, it is small, bite-sized, easily digestible morsels of a single thought or emotion.  Pop music has been incredibly successful because it requires no involvement from the listener, and offers a single, easily accessible emotional concept.  Grieg, it would seem to me, is the ideal composer (sorry, tunesmith) for today’s society.  Yet his music seems to have fallen quite out of favour.  It does not sit happily in the context of the great spectaculars of Raymond Gubbay, or even in a concert devoted to serious music; but it should be heard by all those who like a good tune, enjoy an emotional prod, and do not want to be intellectually stimulated or challenged by the sound they hear.  Perhaps this is why Edvard popped up nocturnally along with the memories of half a bottle of Bollinger. 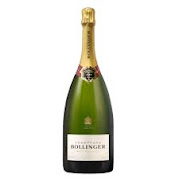 Posted by Marc Rochester at 5:17 PM