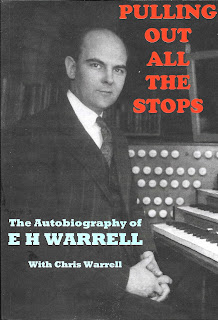 Today, it is virtually unheard-of for someone from a poor background with little formal education to rise to the top of their chosen profession.  We tend to over-educate our young people, with the result that they develop unrealistic expectations and an attitude that education entitles them to start their professional lives nearer the top of the ladder than the bottom.  Our school teachers and university professors may have studied long and hard and are often very highly qualified on paper, but few have learnt anything about life outside academia, and very few have experienced the privations of menial work with exceptionally long hours working to a shift pattern, exceptionally low pay, and workmates whose world revolves around nothing more than (the extremely vital) pay packet at the end of the day; or, in more privileged workplaces, at the end of the week.

At best, we might hear of the son of a London bus driver (although why is that regarded as a “lowly” profession – a bad bus driver kills lots of people, a bad university lecturer bores students) becoming Mayor of London, or an Afghan Refugee earning a place in Oxford University.  We no longer hear of children from really poor backgrounds skipping education entirely, yet rising to the top.  In short, western society does not allow for that kind of personal initiative; we have to give them what we perceive to be the best start in life, and not allow them to depend on their own wits.  Certainly the idea that the son of a London bus driver (there we go again) who left school with no qualifications at  15 and took a job in a pickle factory should, by virtue of his own determination and initiative, become both a university lecturer and a cathedral organist is completely fanciful today; you don’t get to do either without a privileged education involving, in most cases, some time spent at either Oxford  or Cambridge universities.  Yet that is exactly the story of Ernest Herbert Warrell, who would have been 116 yesterday.

Today, the name of E H Warrell is perhaps not one which is known outside a tiny group of ageing organists in and around south London.  He was, for a time, organist at Southwark Cathedral, and it is because of that post that he is remembered by that tiny group of ageing south London organists.  But, truth to be told, he is one of those forgotten cathedral organists who served a cathedral which was, at the time, pretty much at the bottom of the pecking league when it came to cathedrals, and whose time there was, so far as the rest of the organ world was concerned, utterly unremarkable.  I knew him vaguely because, for a time, he lived in the same part of London as I did and played the organ for a time at the same church as I went to with my family.  My father often spoke somewhat disparagingly of him; but I suspect that was driven, if not by jealousy, then by a certain sense that, as near contemporaries, they were in some undefinable way, competitors.  My old friend Peter Almond, who grew up with me in London, but stayed there long after I left (he is still there), got to know him quite well and often spoke warmly of him.  And it was Peter who, having written the preface to E H Warrell’s autobiography, sent me a copy.  I have to say it has turned out to be about the most fascinating and obsessive read, outshining just about every other organist’s autobiography despite his relatively lowly place in the hierarchy of British organists.

I have recently re-read Lionel Dakers’ autobiography, which is interesting only in so far as he went from Exeter Cathedral to the RSCM and so charts some important events in the world of British church music.  I was persuaded to read Michael Smith’s weird and dreadfully self-indulgent autobiography, which fails miserably to dwell on the really interesting events that coincided with his long and pretty grisly tenure at Llandaff Cathedral, and instead concentrates wholly on how the world completely failed to recognize the enormously good qualities he (alone) saw in himself.  So having come out of these two rather desultory experiences, I really was not in the mood to read another organist’s autobiography.  But I’m glad I did, and I’m hugely grateful to Peter for not only sending it to me, but phoning on a regular basis subsequently to make sure that I had read it.

Ernest Herbert Warrell (my father always referred to him as “John”, which was once a fairly common diminutive of the name Herbert, but he seems otherwise to have been known universally as Ernie) lived to the age of 95; my father was delighted to outlive him by an entire decade, and it was only on hearing of his death that my father seemed to find good things to say about him!  Warrell was the son of a London bus driver – his memories of his father and his working conditions on the vehicles plying London’s streets between the two world wars are deeply fascinating to me – and left school at 15 without qualifications.  His first job was in a pickle factory before moving on to a less well paid – and considerably less aromatic - menial post in a solicitor’s office in the city of London. As with so many of his generation, the Second World War seems to have raised him from an otherwise dark and undistinguished life, and reading the book you realise that a lack of education and a willingness to lie your way out of potential trouble – skills picked up in the rough and tumble of a south London working class background – suddenly elevated his fortunes.  By claiming that he knew about explosives (which he did not – he had simply read a book which mentioned them) he was appointed to the Special Operations Executive, serving in India and Ceylon.

In 1946, with a fairly distinguished army record under his belt, he clearly had no intention to return to the sort of life he had been leading, and ambitious to become a cathedral organist, he was able to scrape a meagre living for himself by playing the organ at various churches, and taking on some teaching duties.  Then, in 1968, he was appointed to Southwark Cathedral.  He was there seven years, and clearly found it a depressing job (he comments wryly that “it wasn’t a happy period of my life at all”), leaving fairly abruptly (“as far as I can remember I wasn’t sacked”) and spending 25 years teaching in various establishments in London.  Perhaps the most notable one of these was at King’s College, London, where he was asked to play the organ but ended up giving lectures; a task to which he gleefully suggests he was hopelessly ill-equipped (“the only lectures I’d been given up to that point were in blowing up trains and sabotaging factories…I had no idea what a university lecturer sounded like, having never heard one; I just had to make it up as I went along”).  25 years after leaving Southwark he was appointed to another organist’s post, this time at a synagogue in Harrow, and his final musical work seems to have been to oversee the demise of the Gregorian Association, which, in its heyday, had been fronted by the great scholar (and a former Gramophone colleague of mine), Mary Berry.  He died in 2010.

Warrell’s life was mirrored by hundreds of others; men who were born in relative poverty, had no education, but found in wartime service an opportunity to put the life skills learnt in the rough and tumble of their working-class backgrounds to their own advantage, and carried that gift on into their post-war lives, being elevated to positions they could not even have dreamed of before the war.  Few of these other lives have been celebrated by an autobiography, yet this story of a life which went far beyond all expectations even if it never really achieved recognizable greatness, makes compelling reading for those of us who live in an age where such a life is now inconceivable; we have had our own initiatives and life skills driven out of us by a mixture of over-education and a pampered society which persuades us never to take risks.

This is not a conventional autobiography.  It is a somewhat incoherent assemblage of not always reliable memories recorded by his son, Chris, who only occasionally intervenes within the text.  There is a certain chronological sequence, but beyond that, it does not follow the course of life.  Rather it rambles around randomly, recalling times and events not always with credibility, and deliberately avoiding the sort of stuff you might otherwise expect to find in a properly organized autobiography.  As a result, you need to read the whole thing from beginning to end in the hope of catching the many choice moments and utterances.  But it is an absolutely absorbing read, which opens the window on a society which, while only a generation or so before our time, has almost wholly slipped from our communal consciousness.  There is greater insight in the history of early 20th century man in this slim volume than you will find in a whole academic world of study.

And for those organists who see a cathedral appointment as the apogee of a professional career, it is worth noting Warrell’s own comments on the situation he found at Southwark in the late 1960s.  He describes his choir there as “grotty” and recounts a conversation with a visiting clergyman who told him, “There’s only one thing that Southwark needs. To be shut!”.  On a purely technical point, we get a glimpse of English organ styles at the beginning of the last century.  Recalling one of his predecessors at Southwark (E T Cook) he remarks that “We used to celebrate Easter Day by adding four-foot flutes to the Great”; how the world has changed since then.

Organists should read this book.  But so should anyone with an interest in history and with a belief that life, in this curious post-pandemic age, has dealt us a bad hand.  Warrell’s story is incredibly inspiring.

Posted by Marc Rochester at 1:44 PM