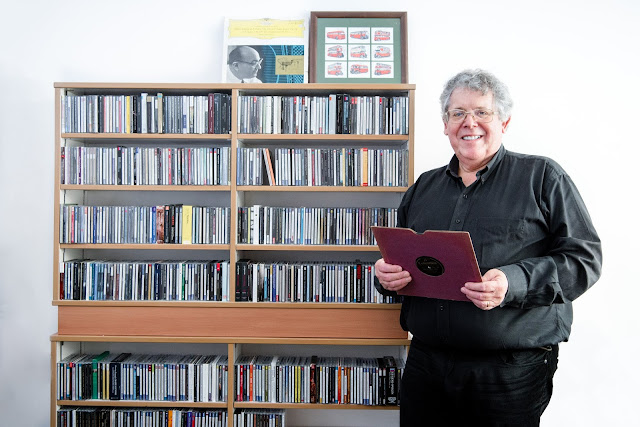 The Five Foot Shelf is a programme broadcast by the BBC1 in which visitors at a bookshop in the UK are asked to name a book they think would be indispensable on any self-respecting bookshelf.  It’s a lovely idea, and while the original inspiration might have been the five-foot shelf on which an early 20th century president of Harvard placed the volumes which he maintained contained all the knowledge anyone seeking a liberal education would ever need, the modern version finds people making the most weird and wonderful choices.


Whether or not the books selected by the bookshop visitors (ordinary members of the local community) impart valuable knowledge is not the point.  Here we have a tangible example of the deep affection people have for books; not so much a specific book as books in general.  It seems that many of us have a deep affection, not so much for literature, as for the physical substance of a book.


When we are in town with my 10-year-old daughter, she invariably wants to find a bookshop.  We never ask her what she wants to buy, because we know she simply likes to be surrounded by books.  She, like us and many of the people we know, simply loves books for their own sake – and if they contain something interesting or entertaining, so much the better.


People buy books by the yard to give distinction to their houses and offices, you can buy wall-paper designed to look like shelves of books, and one famous coffee shop I visited in Folkestone in Kent had more books in it than you find in the average public library.  We have a love affair with books, and seem to feel more at ease in their company, whether or not we actually actively engage with them.


Of course, many of us have our favourites; books which we hold particularly dear and which we are eager to share with others.  In my case, the novels of Alexander McCall Smith make me feel good even before I’ve read a word; there’s something I find infinitely soothing in the utter niceness of his characters and his complete love for humanity even at its worst (what other author could create a Glasgow gangster by the name of Lard O’Connor with whom the reader develops such an affection that we regret the day he slips down the stairs of Big Lou’s Coffee Bar in Edinburgh and dies?).  If I hadn’t kept lending copies to friends, I’d have The 2½ Pillars of Wisdom on any shelf along with any of the Scotland Street, Isabel Dalhousie and, especially, The No.1 Ladies’ Detective Agency novels.  But then would I have room for my Trollope, my Rose Tremaine, my Evelyn Waugh, my Anthony Burgess, my Brian Friel or even my Tolkien?  And that’s before we go to the complete set of Grove which, while available online, does not exist in my consciousness unless I see its physical presence on the shelf.  And I would not like to be without my assortment of Hymnals, Psalters, Ian Allen guides to British Bus Fleets, the children’s stories of Arthur Ransome and William Mayne (to remind me of my youth) or Shakespeare, from whom I can always find some suitable quote when all else fails.


Nevertheless, it seems to be the physical presence of books that we crave and enjoy, rather more than the actual books themselves.  And it is not just the English-speaking world that has this deep-seated affection for books.  Look at the crowds that assemble every time there is a book fair in Hong Kong or Singapore, go into the Chinese and Indian bookshops and see the vast numbers of young people sitting cross-legged on the floor totally engrossed in a book.  We all love books.


But do we have the same affection for music?


You could argue that books embrace the world of knowledge, and to hold a book is to possess the key to that knowledge.  But does not music embrace even more the world of human existence?  After all Victor Hugo told us that “Music expresses those thoughts which cannot be put into words”.  Against that, books surely do not have the same potential as music to resonate deeply with our innermost souls?  By all the laws of logic, we should feel a much closer bond to music than we do to literature.  But we don’t.


As with the relationship between literature and books, so is the relationship between music and recordings, be they the LPs of the analogue age or the CDs of the digital one.  We can attend book readings by authors or fine actors, just as we can attend concerts directed by the composers or performed by great musicians, yet to have our own personal unlimited access to literature through the physicality of a book is important to us.  Is the same true with music?


Many countries have lost their record shops – there is not a single one left in Singapore, a place which claims to love music – and the days when you could happily pass a few hours simply browsing through shelves of LPs and CDs, maybe even sampling a few, have long gone.  It might be said we buy our music online, but we also buy our books online.  Why, then, do most towns still possess a bookshop or two while few have even a single record shop? Is it because we really do not care about recordings, that we take them for granted or even dismiss them as irrelevant?  Surely for people who claim to love music, the physical representation of that music in recorded form is as much symbolic as it is practical.  We have an affection for books, but we certainly do not have an affection for records.
Why is this?  Is it because the dissemination of recorded music has been so dramatically affected by recent technological developments?  I remember when the CD burst on to the scene in 1983, friends bemoaned the fact that they would “have” to update their recorded libraries by changing all their old LPs into CDs.  Have we simply become tired of adjusting to such technological changes, or lost our interest in good quality recordings in the face of a tide of poor performances badly recorded but with the virtue (if that is what it is) of being free-of-charge?  Or is that, at root, we regard music, not so much as an adjunct to life to be treasured and valued, as something which is so ubiquitous that we do not see any value in preserving it?  Is there just too much music in our society for us to develop a personal relationship with it?


It might be argued that since language is in use every day, that, too, is too ubiquitous to warrant the affection we see in those who love their books.  Yet while everyone uses language, the joy of language in its written form as found in books is the way in which that language is used.  Much to music’s detriment, that, too, is an everyday, mundane object, heard (but by no means listened to) by everybody going about their daily lives.  It often is an irritant and a distraction, rather than pleasure (just as language can be), but it misses that vital step which literature takes in transforming the mundane into the elevated.  What we hear in our supermarket aisles, our hotel lobbies and our aircraft as they taxi for take-off, is the same as what we hear pulsing into our inner ear from the little ear-buds firmly affixed to our digital devices as we move through life, and the same as what we hear when we access online music sites where, at least, we have made the conscious effort to find a specific piece of music.  But what we do not have any more is the ability to assess what we hear critically, or to judge its worth in the company of others.  Music has become a solitary activity in a way which sharing the love of books is not, and while I sometimes enthuse over certain pieces of music and recordings (is there a friend of mine who has not been driven to distraction by my advocacy of Stanford’s Third and Seventh Symphonies, Hindemith’s Symphonic Metamorphoses on Themes of Carl Maria van Weber or Telemann’s Suite in A minor as recorded by Il Giardino Armonico – my favourite recording of all time?) what I enjoy more than anything else is having myself surrounded by CDs and other recordings.  When we lost everything a few years back, I could cope without the family photos, the piano, the furniture, the clothes the art works, but I have never come to terms with the loss of my vast record collection – I am busily building it back up now, but with a few thousand CDs compared with the 10,000 plus at the bottom of the Atlantic, the loss still affects me profoundly.


Of course there are significant differences between the relationship between books and literature, and records and music.  Generally, one creative literary outpouring produces one book, whereas one creative musical outpouring can create hundreds of records, each re-interpreting the original creation in a way which often becomes more significant in the ears of the listener than the original creation does.  I have a friend whose obsession with the tempi at which Beethoven symphonies are taken has him collecting every Beethoven symphony recording he can find and analysing the speeds to the exclusion of the original musical message.  I know enthusiasts for the piano who discuss Chopin in terms of how different pianists play his music, rather than what his music is trying to say to us through the pianists.  In short, music enthusiasts are so taken up with the interpretation of music, that they cease to value the creative impetus behind those interpretations.


Classical musicians no longer value recordings in the way they once did.  I despair that students’ critical faculties are numbed by excessive exposure to bad performances, badly recorded, but available free-of-charge and easily through such online portals as YouTube, while in the pop world, most enthusiasts now use the word “see” to refer to a recording rather than “listen”; the visual element of pop recordings not so much the equal of the sound as taking priority over it.  Visible image is important, not aural quality.


The one exception still seems to be the aficionados of jazz, whose affection for recordings is manifest through what is, to me, the essential musical event of the week; the Saturday braodcast2 of Jazz Record Requests when you hear just how deep the affection is for the physical presence of records amongst enthusiasts.  Like The Five-Foot Shelf. Jazz Record Requests symbolises a level of affection for a physical representation of an art form which we in the classical musical world have lost.

1 For reasons best known to themselves, the BBC have chosen not to add this to their BBC radio i-Player.  But you can find details of it on the Radio 4 page


2 Alyn Shipton’s weekly broadcast is always on the BBC Radio i-Player (Radio 3).  Don’t be tempted to seek it out on BBC Sounds – that is not available in south east Asia.
Posted by Marc Rochester at 9:06 AM