The city of Salzburg has voted against naming a street in the city after the governess to the Von Trapp family, Maria.  She was, of course, celebrated by Julie Andrews in that memorable musical film The Sound of Music which today forms the backbone of Salzburg’s tourist economy.  As a coach driver, I used to get very annoyed doing tours of Salzburg when everyone went on about The Sound of Music; “I don’t know anything about that”, I would glibly tell my passengers, “but this is where Mozart was born”.  (Which often met with a quizzical stare; who is Mozart?) The grounds for the city council’s rejection, according to a report last night on the BBC, is that she advocated in the 1950s corporal punishment for children.


We live in an age where we refuse to accept history unless it conforms to the convoluted moral code which we, as a contemporary society, accepts.  We see this in the big debate in the USA where statues of Confederate figures such as Robert E. Lee are being removed because their actions in the past are actions which society today would not condone.

(I readily confess I know nothing of Robert E. Lee.  His name only ever crossed my consciousness when, during the 1970s I was addicted to the TV series The Dukes of Hazard  - my addiction was prompted purely by Daisy Duke and her tight shorts, and to this day I retain an admiration for the female form which far outstrips any interest in the automotive one.  Their iconic car - red and white, unlike Daisy’s unforgettable blue denim shorts - was named after General Robert E. Lee.)


Whether those who demand the removal of memorials to Lee are right or wrong is immaterial.  It seems to me that they are attempting to expunge from history a figure who, whatever he did, clearly was worthy of honour amongst a section of society in years gone by and therefore has some part to play in the evolution of that crazy, mixed-up society which is the USA today.


Statues of Lenin, Stalin and Hitler are removed (and controversially re-erected) because their actions, much praised and admired by many people in their day, are now seen to have been wholly reprehensible.  There is an argument that to allow statues to such figures to remain in the public arena might prompt extreme groups to use them as focal points for a revival of what we now regard (but did not at the time – how else did these figures achieve such prominence, uncomfortable though it is for us to accept this?) as abhorrent moral positions.  But that, surely, is a problem with today’s society and should not affect our recognition of the part these figures played in the society of their day.


In the 1950s my parents were quite unusual in their sparing use of corporal punishment to us children.  If I got a smack, I recognised I deserved it, and I am not sure it did me any harm.  At school in the 1960s, corporal punishment was meted out with great generosity.  I even got the slipper when Billy Weir, our French master, realised I was the only boy in the class who had not had the slipper, and felt that was a good enough excuse for me to get punished.  (Today you will read that with horror; at the time it was painful but hilarious, and it did me the world of good, as Billy Weir knew it would, by raising my status in the class from that of “Slimy Little Creep” to “One Of Us”.)  This might all seem horrific to modern-day readers, luxuriating in a society where corporal punishment is seen as wrong, but it was the norm and accepted as such without too much question.  As a postscript, I would never dream of physically punishing my daughter, no matter what the provocation, simply because the ethics of today oppose it.  It would be wrong to smack a child today; it was not considered wrong in the 1950s and 1960s.


If we try to expunge from history those people whose morals and ethics, perfectly acceptable in their own time, are different from those of our own time, we expunge history.  We only understand the past – and therefore the very roots of our present – when we open our eyes to its totality.


This is especially true in music where morals and ethics are inseparably woven into the historical context of the music we play.  An interpretation has no validity if we do not understand the composer both as a person and as a product of a particular society.  Music history for too long has side-stepped moral and ethical issues adopting, instead, an appallingly simplistic attitude which formulates totally false and pointless generalisations about Baroque, Classical or Romantic ideals to which none of the composers in history ever wholeheartedly subscribed.  Students are taught that Bach, Handel, Scarlatti, Byrd, Rameau are all the same, had the same moral outlook and the same artistic goals because they happened to live in this mythical “Baroque Era”.  More shockingly, ignorant teachers apply the same uniformity of attitudes to the likes of Richard Strauss, John Cage, Sergei Rachmaninov, Pierre Boulez, Igor Stravinsky and Charles Ives because they were all “20th century”.

We know this is not true, yet ill-informed and unthinking teachers still peddle the same rubbish to today’s generation of students.  Pupils know all about non-existent “eras” and nothing at all about things like the French Revolution and Soviet Ideologies; yet for composers, it was the reality of existence which flavoured the creative process, not some meaningless label retrospectively adopted from another field of artistic study 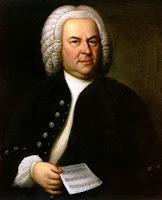 This approach to music history has meant that the private lives, the morals and the ethics of even the greatest composers have usually by-passed the prurient gaze of today’s self-righteous moral guardians.  When we think of Bach merely as a “Baroque” composer, we can put him on a pedestal and not worry that he was, in reality, prone to fits of drunken violence, addicted to sex (even in the organ loft of the church), rebelled against authority and spent time in prison.   Similarly how much more comfortable it is for us to identify Bruckner and Mahler as “Romantics” and not acknowledge that, were both living in today’s moral climate, the former would be serving several life sentences for his approaches to young girls – seen as the actions of a harmless eccentric in his society but condemned as blatant paedophilia in ours – and the latter strung up by modern-day feminists, incensed by the mistreatment he meted out to his wife, forcing her to sign a contract of marriage which forbad her from any musical activity.  Glibly placing him in history as a “Classical” composer, we happily overlook the fact that Mozart was a dreadful social misfit.  Surely the good burghers of Salzburg would immediately rip down the name of Mozart from the city’s streets, hotels and chocolates, rename the Mozarteum after some innocuous but morally acceptable crooner when they realise that in his day he was the city’s most outspoken critic, showering contempt on it and its people and taking every opportunity to get away from the place.  If we really want to show our admiration for Mozart, we should avoid Salzburg like the plague, not flock there in our droves.

No trip to Vienna is complete for musicians without a visit to its many musical statues and memorials.  Yet how many of these should still be standing if the current trend for re-evaluating historical significance through the prism of contemporary moral values were allowed to spread to composers.  Johann Strauss opposed his father, Schubert was addicted to hard drink, Haydn’s treatment of his own wife does not bear close scrutiny, Beethoven indulged in anti-social behaviour with a vengeance…the list goes on.


We must accept that previous moral and ethical attitudes were not the same as ours.  In so doing we understand what created the key figures of the past, even if we cannot morally agree with them.  Ii is not the job of musicians to exercise retrospective moral censorship, even if city councillors in Salzburg have adopted that role.
Posted by Marc Rochester at 9:34 AM