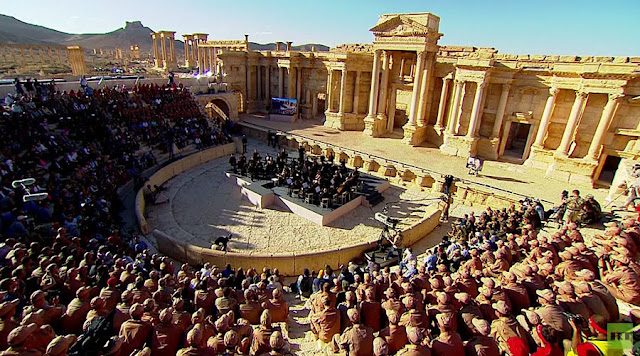 Frequently misquoted and almost as frequently mis-attributed, William Congreve’s lines “Musick has Charms to sooth a savage Breast, To soften Rocks, or bend a knotted Oak” from his play The Mourning Bride of 1697, is probably the most famous example of attributing powers to music for which there is scant (if any) evidence.  Ever since Congreve (and, indeed, for centuries before) writers have been happy to claim all sorts of special benefits from hearing or from playing music.  Some are true, some understate the case and others, like Congreve, have a grain of truth but in reality go far beyond what is credible.  We see this sort of thing today in those unthinking commentators who suggest that “classical music” and “beauty” are synonymous, and that listening to it is a way of stifling aggression.

There is no doubt in my mind that some music does have the power to soothe a savage breast, and that it can induce a sense of calm and well-being (much as a drop of alcohol on a flight can do).  But, just as with alcohol, too much – or the wrong type - can have entirely the opposite effect.  Does anyone feel calm and unaggressive after Prokofiev’s Scythian Suite?  One orchestral percussion player told me how he and his colleagues used to get so annoyed by the pre-recorded pre-concert injunction in the hall in which they performed to “sit back, relax and enjoy the music” that, when the performance included The Rite of Spring they felt induced to do their bit with excessive savagery.

Music has, undoubtedly, powers over the emotions to those receptive to it (and some tests seem to show that it can also trigger behavioural differences among those who attempt to resist it), and its effects can be observed for a period after the music has ceased to play.  But, at heart, music is a transitory experience for all, and no matter how frequently we revisit it, I remain unconvinced that any emotional or behavioural consequence of exposure to music can be anything other than temporary.

Which is not to say that we should not use music as a tool of peace and good-will; it is unusually well-equipped to have an effect in those areas.  That certainly was the thinking behind last night’s concert in Palmyra, the Syrian city scene of such appalling barbarism and unbelievable inhumanity in recent months when it came under the control of that pagan and sub-human organisation calling itself The Islamic State of Iraq and the Levant.  According to Russia Today, “A Russian symphony orchestra led by Valery Gergiev has given a unique performance in ancient Palmyra, recently liberated from Islamic State militants. The concert was devoted to the victims of extremists, and intends to instil hope that peace can triumph over war and terrorism”.  It went on to quote the Russian Minister of Foreign Affairs; “The concert in Palmyra is a highly spiritual response to those who wanted to destroy Syria, split the country along national and religious lines, and deprive it of Christian of principles.”

That struck me as a lovely idea; to counter the bestiality and brutality of ISIL with the brilliance and beauty of classical music.  And while the animal brutes of ISIL have breasts of such savagery that only total oblivion could ever cure them, the power of music to heal, albeit temporarily, the deep psychological wounds of those directly affected should not be understated.  According to the BBC’s John Simpson, the performance was given by members of the Mariinsky Theatre Orchestra to an audience mainly comprising Russian and Iraqi soldiers, while Russia Today observed that the music performed was by Bach, Prokofiev and Schchedrin.

But we live in a world where even the most generous and brave acts are tainted by political scepticism and national posturing. The New York Times interwove its report of the concert with gruesome details of carnage elsewhere in Syria, implying that the concert was inappropriate while war still raged, and even as John Simpson eloquently recounted the event, he also reported a reaction from some European governments and observers that the concert was, far from being a genuine attempt to use music to negate some of the extremes of physical and mental violence experienced in Palmyra, a bid by President Putin of Russia to highlight Russia's military supremacy.   Steve Rosenberg, the BBC’s Moscow correspondent put it in a nutshell: “Moscow will be hoping that images of its classical musicians in Syria will reinforce the message that Russia is a force for good.  But Western officials remain suspicious of Russia's intentions. Moscow has faced accusations that it has not done enough to rein in Syrian government forces. The Russians deny that and accuse America of not using its influence with the Syrian opposition to halt the fighting”.

So what, then, was this concert?  Was it a genuine expression of peace and hope using music as a symbolic representation of the triumph of civilization over barbarism, or a cynical political statement using Russian musicians as symbolic representatives of a military super-power in an aggressive piece of international posturing?

Frankly, whatever the West may think of the Russian government of President Putin, I have nothing but praise for anyone who, like William Congreve over 300 years ago, believes that music can “sooth a savage breast” despite all the evidence to the contrary.
Posted by Marc Rochester at 9:19 AM