There is an understandable tendency to view the past through the attitudes and morals of the present.  So it is that, from our standpoint in the 21st century where there is something of a fixation on equality, we look askance when it seems that previous generations were less concerned with gender, ethnicity and sexual orientation than we are.  We feel the need to redress the balance by retrospectively imposing the principles of total equality on people for whom the struggle for individual existence often denied them the luxury of even thinking about other matters.

I first came across this in a musical context when, as part of a team deciding who (and in what level of detail) should be included in a new dictionary of composers.  I argued passionately for Samuel Coleridge Taylor (1875-1912) on the basis that his choral trilogy Song of Hiawatha had been, in the years between the two world wars, such a mainstay of the English choral repertory that he warranted at least a half column.  At that stage I had every reason to suspect that the Song of Hiawatha would come back into fashion; its glorious text, its wonderfully compulsive rhythms redolent of native African/American drumming and its brilliant writing for amateur voices seemed to be tailor made for what I anticipated would be a revival of interest in choral singing.  I was wrong; but still find it incredible that so few people ever perform this music today.  However the editor’s rejection of my pro-Coleridge Taylor stance was not based on musical or populist grounds; as he told me, “It is not our place to promote a composer above his worth purely because he was black”. 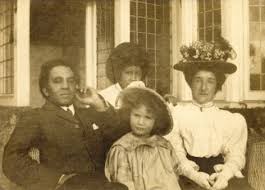 That came as a shock.  I had no idea he was black – the colour of his skin simply had not crossed my mind – all that interested me was that he had been a composer who wrote catchy and eminently singable music for amateur choirs.  Of course I then went and did my research and discovered, far too late in the day, that his life story itself was so intensely fascinating that he deserved not so much a dictionary as an entire book written about him.  (An interesting post-script is that his daughter, Avril Coleridge Taylor (1903-1998) became a composer, but any modern-day sympathies we may have for her as being both black and female – something she disguised by composing under the pseudonym Peter Riley - were effectively destroyed by a report which appeared in a London newspaper in 1952 which not only described her as “porcelain white” but claimed she supported the apartheid regime in South Africa.) 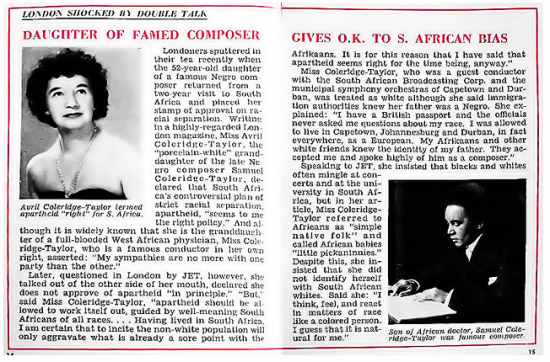 Today’s perception of equality also, of course, extends to individual sexuality.  Once considered an entirely personal and private matter, we now probe into long-dead composers’ lives pruriently seeking out hints to their sexual preferences.  Any composer who failed to get married often becomes labelled as homosexual even when there is absolutely no evidence to support this (think Ravel).  Indeed, a student once asked me “Was Handel Gay?”.  Coming after a lecture in which The Beggar’s Opera had been mentioned as forcing Handel to move away from opera and into oratorio, I naturally assumed the student was putting forward the fascinating hypothesis that, in a clever piece of marketing, Handel had himself written The Beggar’s Opera using the pseudonym John Gay.  I was appalled when the student pointed out that: “Handel never married, so he was probably gay”.  The assumption that unmarried people are necessarily homosexual was so wildly false that I was at a loss for an answer, but I did splutter that I could not begin to see how the private sexual inclination of a composer could have any bearing on his posthumous reception.

In fact the desire to redress the perceived sins of the past has done nobody any favours.  I can’t help wondering if we hold up different standards when considering the music of Tchaikovsky, Fanny Mendelssohn and Samuel Coleridge Taylor because they would today belong to a generally recognised group who are, in some quarters, segregated against.  Does it really serve their reputations any better to know that they were gay, female and black, and does it fall on us in the 21st century to redress that balance by promoting them beyond the reputation they would have attained had they been married, male and white? 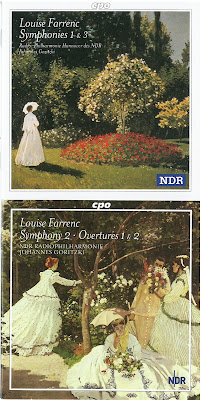 The question arises because of a wonderful gift I received from my oldest and best friend, Peter Almond.  Some weeks back he phoned up in a lather of excitement, asking me to listen as he placed his phone against a loudspeaker and I heard coming down the line a waft of highly attractive music and the question “I bet you cannot guess what that is?”.  True, I could not.  It was totally unidentifiable.  Peter, whose generosity knows no bounds, duly posted off for me two CDs of the composer’s works and I duly played them.  There were three symphonies and a couple of overtures showing the fluency and mastery of Felix Mendelssohn but, beyond that, giving away no clues other than the fact that here was a very fine composer indeed whose gifts lay particularly in orchestration and in crisp, tuneful and immediately attractive dance movements (notably the wonderfully bustling Scherzo of the 3rd Symphony and the disarmingly elegant Andante of the 2nd Symphony).  The question was, why was this composer so completely unknown to me.

Possibly it is because the composer was a woman.  Louise Farrenc (1804-1875) came from a long line of distinguished artists - “including several women painters”, in the words of Groves Dictionary.  It would be quite wrong to promote Farrenc’s music because she was a woman; the fact is, she was a very good composer indeed and worthy of recognition in her own right.  However, she has not had it, and while it would be easy to blame this on what we retrospectively identify as anti-feminine bias in 19th century society, it is much more complex than that.

Perhaps the real reason lies more in the fact that Farrenc was French.  So indoctrinated are we by the Germanic dominance of early 19th century music that we tend to assume that between the death of Lully in 1687 and the mature works of Berlioz, nothing of note ever came from the pen of a French composer.  Farrenc was not just a contemporary of Berlioz, but as Professor of Piano at the Paris Conservatory from 1842 to 1873 was part of the Parisian musical establishment which he so roundly and memorably discredited. And if a woman is Professor of Piano at such a firmly establishment institution as the Paris Conservatory, perhaps there was not so much anti-feminine bias then as we would like to think.

On top of that, she was totally eclipsed by her contemporaries; composers who have, in their own way, exhibited a level of individuality and originality which transcends mere fluency of invention.  Berlioz is hailed by historians as a pioneer in orchestration, while the piano writing of Chopin, Schumann and Liszt, have clearly cast a complete shadow over Farrenc’s output for the instrument (the bulk of her compositional legacy).  The burgeoning operatic genius of Verdi, Wagner and her compatriot Bizet have gone down in a history which must inevitably exclude Farrenc since she wrote no operas.  The symphony was going through the doldrums – indeed in a curiously fallacious statement the musicologist Richard Taruskin declared “No symphonies written between 1850 and 1870 survive in the repertoire” – and her chamber music, which Grove claims to have “established her reputation among critics and cognoscenti”, suffered from being composed at an age when the lure of the piano and the opera house diverted attention away from a genre which had once been a dominant musical force.

So has history ignored Louise Farrenc because she was a woman?  I fear not.  It has ignored her because she was in the wrong place at the wrong time.  Possibly, had she been a man, even the few pieces of hers that have appeared on CD this century would never have seen the light of day. 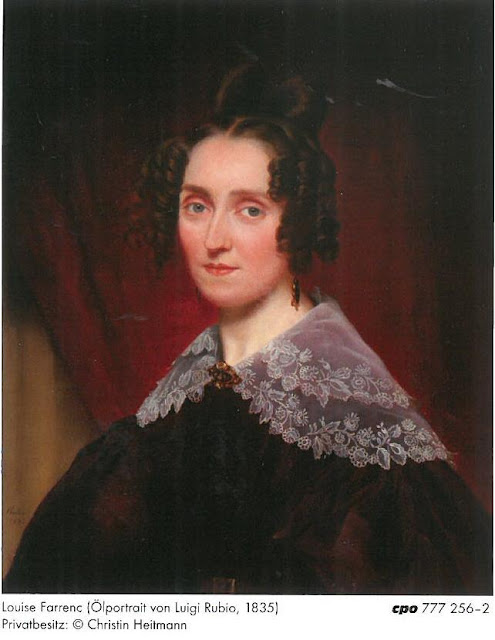 Posted by Marc Rochester at 9:07 AM