No Music from the Grassy Knoll 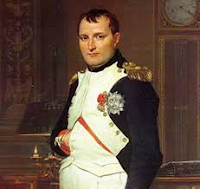 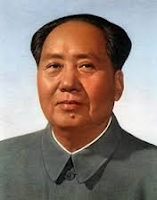 The 50th anniversary of the assassination of President Kennedy, marked by TV and radio documentaries complete with grainy footage and crackly tape recordings, has vividly brought back to me memories of that day.  It has become something of a cliché to say that everyone can remember where they were and what they were doing the day President Kennedy was shot, but, certainly in my case, it’s true.  And why, I have often wondered, do I recall it so vividly?  I was a nine year old boy living in London, my horizons bounded by my bicycle, the big red buses which thundered past our front window, the 78 rpm records my father let me play on his old wind-up gramophone and, most importantly, the piano and my imminent grade 3 piano exam.  Like so many post-war English families (and the wartime damage wreaked on London was still very much with us – a huge bomb crater in the woods behind our house down which we all raced our bikes to see whether we could gain enough momentum to get up the other side without pedalling was our favourite playground), we regarded Americans with a certain dislike; many of my parents’ generation voiced their feelings with the statement that the “Yanks came into the war late, and then claimed they had won it”.  Despite the fact that my father worked in the Civil Service and that, during the War, my mother had been on Winston Churchill’s staff, we were a family without particularly strong political feelings; certainly nothing which percolated down to a nine-year-old boy obsessed with bikes, buses and Bach (I put that in for alliteration, but in truth Purcell was my favourite at the time).
Indeed, it was Purcell I was playing in the front room of our house at 655 Rochester Way, Eltham, when my father came in to tell me that President Kennedy had been shot in Dallas.  This did not excite me at all, and my indifference clearly angered my father, as did my retort to his anger; “But you and Mum hate Americans”.  At that point he told me to stop playing the piano straight away and come into the back room where the tiny black-and-white television was replaying those unforgettable images of a slumped JFK cradled in Jackie’s arms in the back of a huge open-top car as it hurtled off to the hospital in panic.  I remember vividly that I was playing Purcell’s Prelude in C, a work which, while I was to play it a few years later for my Grade 5 (and, by a curious coincidence, it appears in this year’s Trinity grade 5 list), was not one I was learning for my Grade 3. (I do recall that the grade 3 pieces I had to play were pretty dire, and I responded with such disinterest that the examiner awarded me 104 for my efforts.)

That, though, is the only musical association I have with those events of November 1963.  One thing that has struck me vividly this weekend has been the marked lack of musical response to the assassination; you would have thought that an event regarded by the world at the time as something verging on the catastrophic would have prompted at least a few composers to try to get to grips with it through music, but hardly any did. Even two months after the event, by which time someone could surely have penned something significant (even if it was just adding words to, say, Samuel Barber’s Adagio for Strings - that, however, was not to come until 1967), Kennedy’s requiem mass included music by Mozart, Bizet and Schubert; nothing, it would seem, from those very Americans who professed themselves so utterly devastated by their loss.  I have to confess that my information about Kennedy’s requiem mass is drawn from Wikipedia, so I cannot be at all sure of its reliability, but the fact remains, if anything did get written specifically for that occasion, it has been pretty much forgotten today.
A year after the assassination, a few pieces did emerge.  Stravinsky wrote his Elegy for J.F.K. in 1964, but performances of it have been only marginally more numerous than assassinations of US presidents.  Rather more enduring, and certainly a lot more emotionally-charged, is Herbert Howell’s Take him, earth, for cherishing which he wrote, also, in 1964.  But what else was there?  I am sure that as soon as I have posted this a host of pieces will spring to mind (I’m sure there is an organ piece with the date of Kennedy’s death in its title, but I can find no mention of it anywhere). Musical responses to the 50th anniversary have been hardly more numerous.  While Hong Kong-born Conrad Tao wrote a work for the Dallas Symphony to perform (The World is Very Different Now - an odd title considering Tao was not even born when Kennedy was assassinated), the only other notable music event was what the Boston Globe advertised as; “Online-only livestream of a musical tribute in Kennedy’s honor, featuring James Taylor, saxophonist Paul Winter, and the US Naval Academy Women’s Glee Club”.  I find it amazing that an event which had repercussions which swept across the globe like a vast tsunami has created not even a ripple on the great lake of music written over the past 50 years.

In fact, when I come to think of it, the deaths of great world leaders have rarely triggered a musical response.   Even the death of that other iconic world figure of our time, for whom so few people had a bad word to say, Princess Diana, only inspired a reworking of a pre-existing piece by the late John Tavener.  Far more profound have been the musical responses to the deaths of “unknown” figures.  There’s Ravel’s matchless memorial to friends lost during the First World War, Le Tombeau de Couperin (I well remember a lengthy discussion with David Robinson over the obligatory bottles of wine at Chinoz in KL as to whether the Dreyfus immortalised by Ravel had any connection with the notorious Dreyfus Affair – I think we decided it could not), and profoundly moving works inspired by deaths of brothers, sons, fathers, mothers and friends.  Perhaps the great and good of the world don’t inspire passion from composers.

There is one notable exception; Napoleon.  There is Beethoven’s homage to him in his Third Symphony - but then he excised that dedication, so it doesn’t really count.  But there have been numerous Napoleonic memorials in music since then. Louis Vierne wrote a memorable Marche Triomphale du centenaire de Napoléon I a pretty spectacular romp for brass and organ, Schoenberg wrote an Ode to Napoleon Bonaparte, and even Johann Strauss II got in on the act with a waltz named Napoleon.

But that’s about it.  World leaders, political figures, kings, queens, emperors and soldiers, all of them seem to get the bums rush when it comes to music.  Perhaps, I have got it wrong and somewhere out there are great works dedicated to Kennedy, Khrushchev, Mao, Regan, Thatcher and the like which, somehow or other, have passed me by.  Do let me know if I’ve missed them.  And certainly please offer me any suggestions you might have as to why great figures in world affairs have not inspired great music.  For my part, I can offer no coherent explanation.
Posted by Dr Marc Rochester at 6:35 PM