A magazine editor returns some proofs to me for correction along with a comment: “This should elicit a letter or two”.  I do not take that as an admonition, since magazine editors love correspondence - it not only shows that people are reading the magazine, but as everyone likes to see their name in print, a published letter from a reader can result in friends, family and colleagues buying the issue and, possibly, deciding it’s worth taking out a subscription.  For my part, it never occurred to me that the section of my piece which got the editor rubbing her metaphorical hands together in gleeful anticipation was in any way controversial; it seemed such an obvious observation that nobody would think it worth a comment. Perhaps I’m wrong.


To read the full piece as well as any subsequent correspondence, you will have to buy - or preferably take out a subscription to – International Record Review, but here’s the nub of the matter: “If creators of great music had to be decent human beings …that would pretty well exclude Bach, Mozart, Beethoven and, specially, Wagner (to name just four)”. 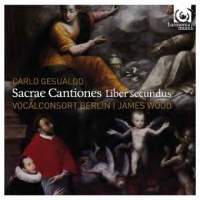 In context, I was writing about a new disc of music by the Italian composer Carlo Gesualdo (1566-1613).  It’s absolutely wonderful choral music, sublimely beautiful and with an intense spirituality.  Harmonically it is alarmingly forward-looking (not for nothing did Stravinsky attempt reconstruction of some of these motets while, according to a colleague, Peter Maxwell Davis devoted the greater part of a public lecture on Gesualdo’s music) and its polyphonic detail is as complex and intricate as the finest Belgian lace.  Presented here in new reconstructions by James Wood from partially surviving part-books, we hear music which has hardly been heard in the past 400 years and, by bringing back into the public arena a substantial part of Gesualdo’s sacred output just in time for the 400th anniversary of the composer’s death, gives us a chance to re-assess the composer.


And reassessment is exactly what Gesualdo needs, for any mention of him generally begins, not with his heavenly music, but with his human notoriety.  If I suggest that his death was hastened by his fervent self-flagellation, and might have occurred a lot earlier had principles of 17th century justice been more in line with principles of 21st century justice, you begin to see that Gesualdo was not, perhaps, everybody’s image of the archetypical composer of divine sacred music.


In 1926 the English music critic, Philip Heseltine (better known as the composer Peter Warlock) wrote a book which ensured that Gesualdo’s name would be brought before the contemporary public for reasons other than his music.  Heseltine (and co-author Cecil Gray) drew attention to the fact that Gesualdo found his wife in bed with another man, murdered them both and got away with it.  He also killed the baby boy which his wife had claimed was his but he believed to have been his wife’s lover’s (James Wood has written that Gesualdo “rocked the child to death while his musicians sang madrigals about the beauty of death”). Various writers have claimed that Gesualdo avoided the consequences of his crime because he was an aristocrat, because he adopted a religious life, because he re-married an influential lady and, amazingly, because killing wives and lovers was “accepted behaviour”.  In the close scrutiny of Gesualdo’s life, fired by a desire to find out how he did get away with murder, other unsavoury facts have come to light.  He indulged in countless affairs while married to his second wife and, most scandalously, got himself tied up with various pagan rituals which involved loaves of bread and menstruating women which are too distasteful even for this blog to relate.
Having spent decades delving into the lives of composers in search of some small snippet of human failing or idiosyncrasy which can help draw an otherwise confused public into the music, I am very conscious of the danger of finding so much non-musical interest in a composer that it obscures the music.  In the case of Gesualdo, that has certainly happened, and nobody can mention him without bringing up the murder (I’m as guilty as anyone in this!).  When you make the suggestion that he was a great composer, people are amazed and ask how can a murderer, philanderer, sexual deviant and devil-worshipper be a great composer?


Peter Warlock, himself (and the pseudonym is telling) was heavily into devil worship and pagan rituals – and while he may not have been a great composer, he stands as a peerless writer of English song – while any major composer you care to mention has got something unsavoury in his closet.  Bach was thoroughly unpleasant, was thrown out of his brother’s house due to his malign influence on his brother’s children, languished in prison after being rude to an employer and even lived for a time in a strange kind of ménage à trois with his wife and her sister.  Handel was renowned for the sharpness of his tongue and his fiery temper, once fighting a fellow composer in a duel after a physical altercation in the orchestra pit at Hamburg, while the famous story of his absconding from the Elector of Hanover’s service has recently been undermined by suggestions that he was, in effect, working as a German spy in the English court.  Mozart was unquestionably a social misfit, prompting me to ask those who open up music schools called “Little Mozarts Academy” or some such rubbish, why it is they are encouraging children to be unemployable, disagreeable and dead before they are 40.  Beethoven was horrible - a cantankerous, self-centred hot-tempered brute - and as for Wagner, I do not need to catalogue his faults as a human being; the fact that many still refuse to perform his music indicative of the legacy of hatred he left behind.


Brahms seems to have been a pretty difficult character, Schumann had a nasty streak which came out after his failed suicide bid when he refused to allow his distraught wife to see him in hospital, Schubert, for all his sociability, appears to have been morally dissolute, Prokofiev was spoiled rotten as a child and carried this into his adult life, Saint-Saëns cruelly blamed his wife and left her following the death of their young sons, Stravinsky was notoriously selfish and Shostakovich an habitual liar.  Bruckner, often painted as a harmless old duffer, would surely have been imprisoned for life had he lived in the 21st century because of his penchant for the exclusive company of adolescents and his frequent offers of marriage to underage girls.


Percy Grainger was heavily into sado-masochism, Frederick Delius urged others to abandon their careers in order to promote his, Malcolm Williamson, Alun Hoddinott and Malcolm Arnold, composers I knew personally and for whom I had great affection, could be nice, but a dangerous penchant for the booze turned them all into animals, but those composers I knew who appeared to be unrelievedly nice - Arthur Bliss, Herbert Sumsion and Richard Francis – can hardly be said to be among the greats; Indeed, I am quite sure there are many reading this who have heard of none of them.

So, instead of being surprised that nasty men can produce great music, we should accept the fact that an ordinary human being, who loves his wife and family, never breaks the law, pays his taxes, votes conservatively and would never harm animals can never hope to be a great composer.  I would have thought that history shows us this is a self-evident truth.  What is there to add?
(except pictrues of three NICE men!) 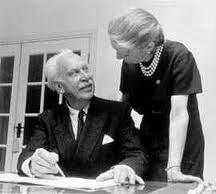 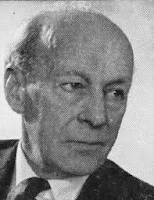