My review of Bejun Mehta's latest CD appeared on The Classical Review website (http://theclassicalreview.com/cds-dvds/2011/09/bejun-mehta-down-by-the-salley-gardens/) alongside an interview Michael Quinn had with Mehta himself. 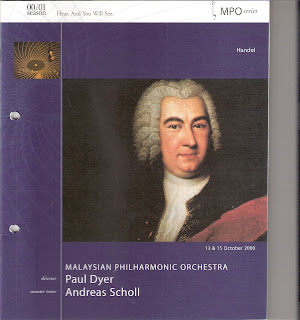 It was interesting to be reminded of the perplexed reception for the countertenor voice until very recently.  Descriptions of it as "helium-high" and "the most exotic and female-sounding of all male voice registers" tended to concentrate on its sound rather than the artistry which lay behind it.  Tom Service, in a characteristically robust piece in The Guardian, opened with the words; "The world of the countertenor is a weird, high-pitched place, where the possibilities of the male voice are pushed to Bee Gees extremities".   I well recall an early concert given by the King's Singers when the countertenor introduced himself to his audience as sounding "as if something's not quite right" and got an embarrassed giggle when he demonstrated the purity of his top notes.  I remember a decade ago preparing the ground for the first countertenor to sing at Dewan Filharmonik PETRONAS, and explaining that it was a wholly natural voice, trained to an incredible level of expertise.  As it was I didn't have to bother, for Andreas Scholl, who gave that concert back in October 2000, was so supremely gifted as a musician that nobody found it in any way odd; everybody was smitten by the sheer artistry of his singing. 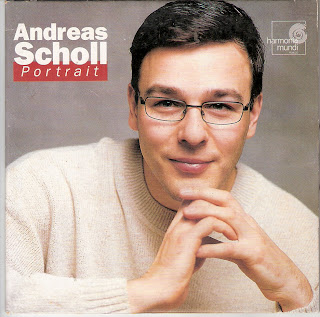 As a former male alto myself – and, in a way, that's wrong, the alto traditionally being a male voice (like the treble), while contralto, mezzo-soprano and soprano are exclusively the preserve of women - I've come in for my fair share of stick when people heard me sing in a studied falsetto.  But as Quinn so eloquently points out, there has been quite an explosion of outstanding countertenors in the past few years – James Bowman, Gérard Lesne, Christopher Robson, David Daniels, Michael Chance, Lawrence Zazzo – and they have brought with them a whole new and valuable perspective on a voice (almost) for which some of the great 18th century operatic roles were conceived.
﻿﻿﻿﻿
﻿﻿﻿﻿﻿﻿﻿﻿


That, though, is the problem.  The countertenor is perceived as being an essentially Baroque voice, filling, with the same level of vocal power and artistic maturity, the roles originally designed for castrati.  True, some recent works have been written specifically for the countertenor voice – Jonathan Dove included a role for the voice in his opera Tobias and the Angel – but it remains almost wholly associated with the music of the Baroque era, and particularly that of Handel; Scholl's Malaysian concert was an all-Handel affair.
﻿

So am I merely finding it difficult to adjust to hearing it out of what I regard as the countertenor's comfort zone when I have reservations about Mehta's disc of 20th century English song?  It has had some rave reviews from the critics – Andrew Clements writing that the singing is "so heart-stoppingly beautiful and musically perceptive" – and this has prompted me to revisit the disc several times.  Is it just the surprise at hearing a countertenor sing songs usually the preserve of Tenors (Robert Tear used to do it beautifully) and Baritones (almost better than the matchless Benjamin Luxon in this repertoire has been Bryn Terfel) that has me feeling a trifle uneasy, or is it Mehta's approach?

Mehta's expressive abilities are limited to portamento, exaggerated articulation and carefully-moulded sustained notes, especially when they are high in the register, ending off the phrases.  There is little in the way of dynamic subtlety and the vocal timbre actually rarely varies – we don't get that lovely Luxon resonance, the Tear whisper or the Terfel relishing of the individual syllables in a way only a Welshman can do – but that may be an inherent problem with the countertenor voice. Certainly I can't fault the intention in the interpretation, just the delivery.

I love this music as much as much as anything, but my love of it transcends personal preferences and I am open to alternative interpretations.  I'm keen to hear another countertenor try this so I can know whether it is Mehta, or whether it's the countertenor voice itself which really can't offer the kind of musical complexities music written in the last 200 years demands.
Posted by Dr Marc Rochester at 1:09 PM