From the Malaysian Press

This article was published in The Star, Malaysia.  I hope they don't mind my reprinting it here; you can access it online at http://ecentral.my/news/story.asp?file=/2011/2/20/soundnstage/8077786&sec=soundnstage 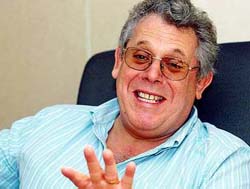